The addon game is an additive process of creating a parkour run. Participants take turn repeating the previous player’s moves, then adding on one more move of their choice. This is an exercise in mobility, observation, muscle memory, improvisation, creativity, aerobics and stamina.

At today’s training session, I did an addon game with another traceur. Then as a challenge, I tried to run it in reverse. At first it was very confusing! But I broke down the run in small parts and did several attempts forwards then backwards. I continued until I had it without too many hesitations. 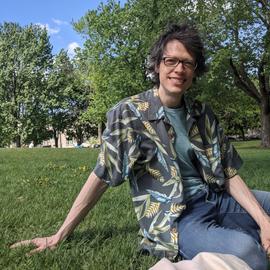